In one of the larger companies that I have worked with we ran into a problem with the number series for sales- and purchase documents.  When the company started to use Navigator back in 1994 all the number series were initialized.  Then after some years of usage and upgrade to Financials, Navison and Dynamics NAV those original number series reached maximum and new invoices, credit memos and shipments where not the last in the history list.

To solve this I created a renumbering tool. 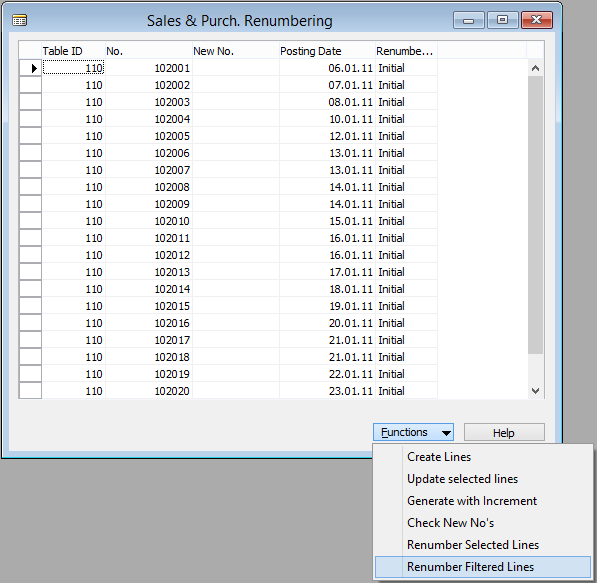 With this tool I added number prefix to the old numbers and then changed the no. series to create new numbers into the same pattern.  Now, of course, the document numbers are nine numbers and should not be a problem in the future.

The tool is attached below.