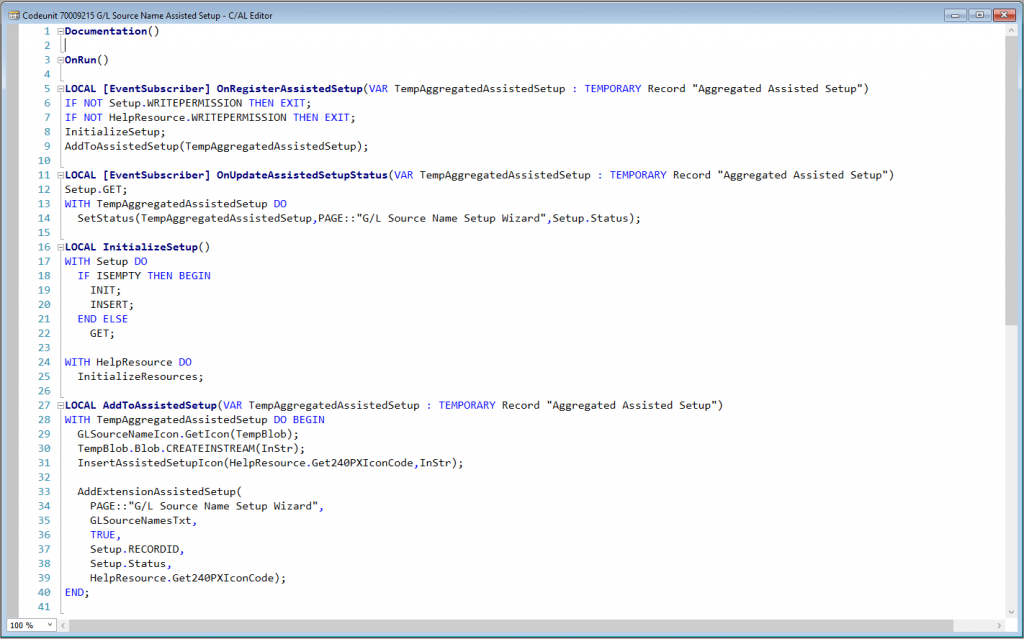 One Reply to “Building Assisted Setup for Dynamics 365 for Financials”